Prefect Secrets provide a common way to store any sensitive values (access tokens, passwords, credentials, ...) used by your flows. Storing these values external to your flow's source is good practice, and helps keep your credentials safe.

Secrets can be configured in two places:

Secrets are resolved locally first, falling back to Prefect Cloud (if supported). If you're using Prefect Server, only local secrets are supported.

We recommend using secrets stored in Prefect Cloud when possible, as these can be accessed in deployed flows in a uniform manner. Local secrets also work fine, but may require more work to deploy to remote environments.

There are a few different ways to configure secrets in Prefect Cloud.

To set a secret in the UI, visit the Secrets page. 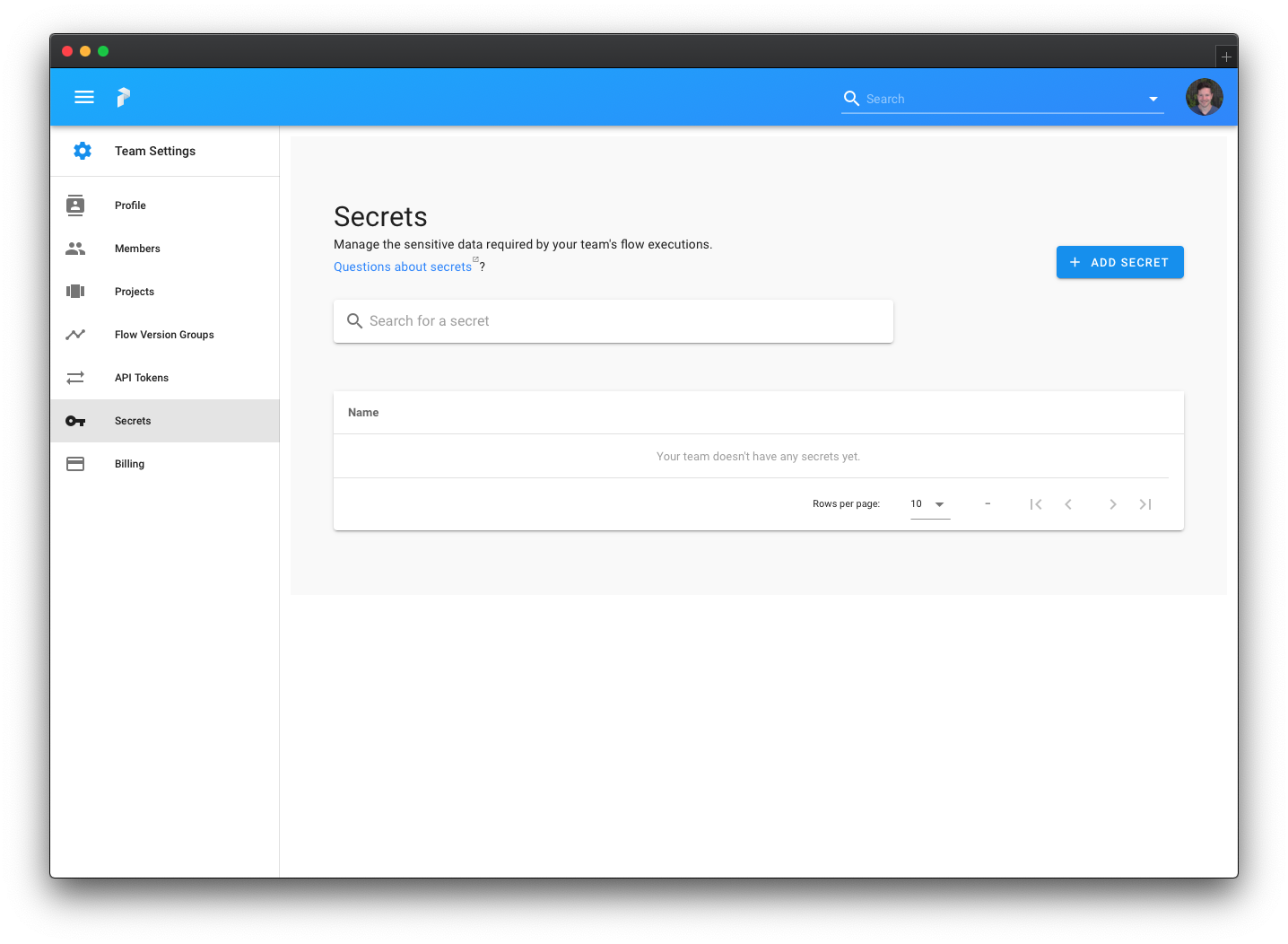 To set a secret with the Prefect Client:

To set a secret using GraphQL, issue the following mutation:

To configure a secret locally (not using Prefect Cloud), you can set the value in your Prefect configuration file through either the ~/.prefect/config.toml file or an environment variable.

Note that this configuration only affects the environment in which it's configured. So if you set values locally, they'll affect flows run locally or via a local agent, but not flows deployed via other agents (since those flow runs happen in a different environment). To set local secrets on flow runs deployed by an agent, you can use the --env flag to forward environment variables into the flow run environment.

For example, here we configure a secret MYSECRET for all flow runs deployed by a docker agent.

Though most commonly used in tasks, secrets can be used in all parts of Prefect for loading credentials in a secure way.

When using secrets in your tasks, it's generally best practice to pass the secret value in as a parameter, rather than loading the secret from within your task. This makes it easier to swap out what secret should be used, or to pass in secret values loaded via other mechanisms.

The standard way to do this is to use a PrefectSecret task to load the secret, and pass the result to your task as an argument.

To load secrets in Prefect components other than tasks, you'll need to make use of prefect.client.Secret: