Automations allow you to configure actions when an event occurs in the Prefect ecosystem.

The UI's Automation page provides the ability to create new automations — actions such as cancelling a flow run or sending a notification when an event occurs in the Prefect ecosystem — and editable summaries of all automations created in your Prefect Cloud account.

Automations are only available in Prefect Cloud, and some automation features are limited to Prefect Cloud Standard plan and above.

See the Automations documentation for details on automation features and configuration.

The Automations area provides a listing of previously created automations.

The New Automation tool lets you define an automation using common "if...then" logic. Simply choose options to specify the event source, event type, and action. If an option is grayed out and shows a cloud tag, it requires upgrading your Prefect Cloud plan to the Standard plan or higher.

At the Choose an action step you can: 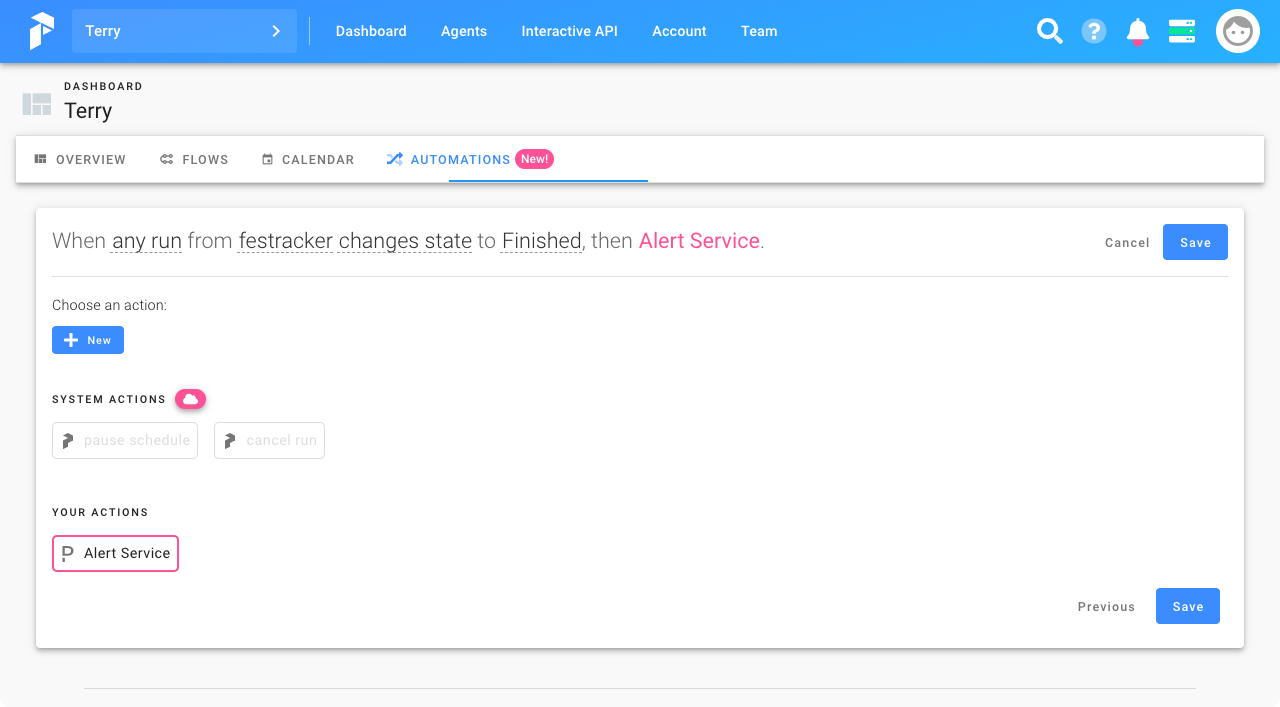 If you click the + New button to select a messaging action, you can select from the available built-in messaging triggers.

The Automations area provides a listing of previously defined automations. 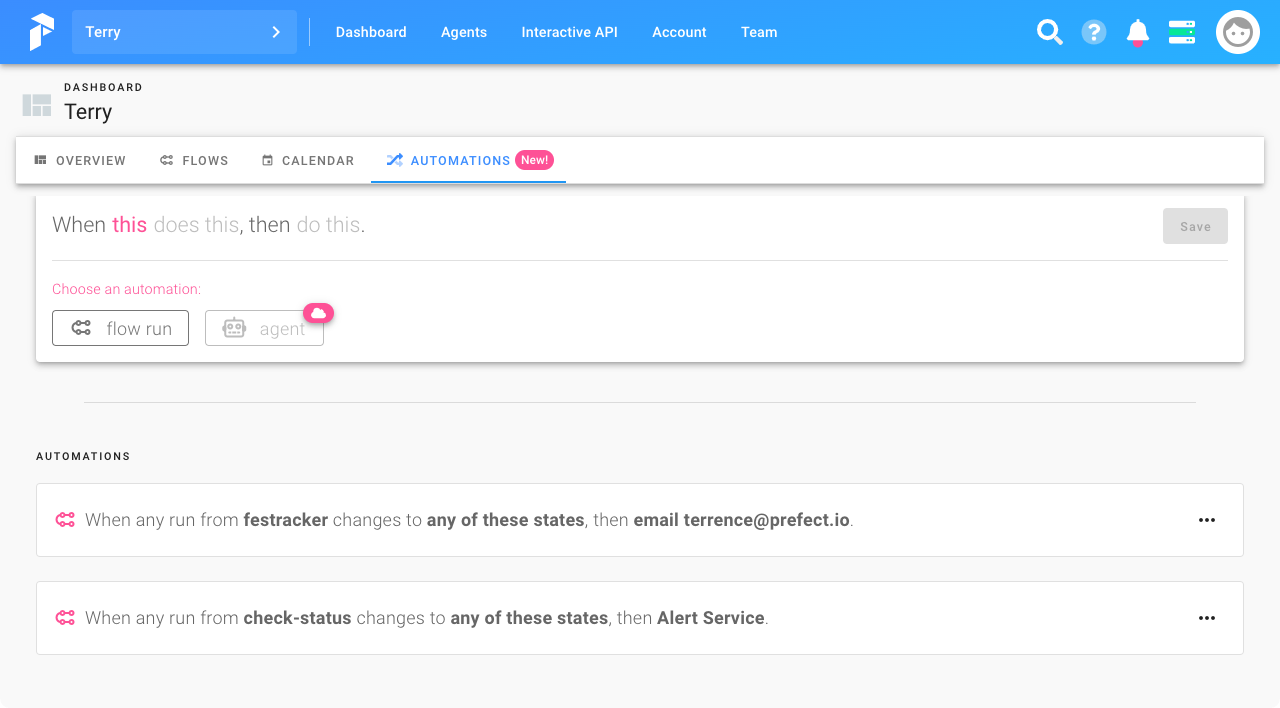 To edit an automation, click anywhere on the automation tile and you'll enable a definition wizard similar to creating a new automation. 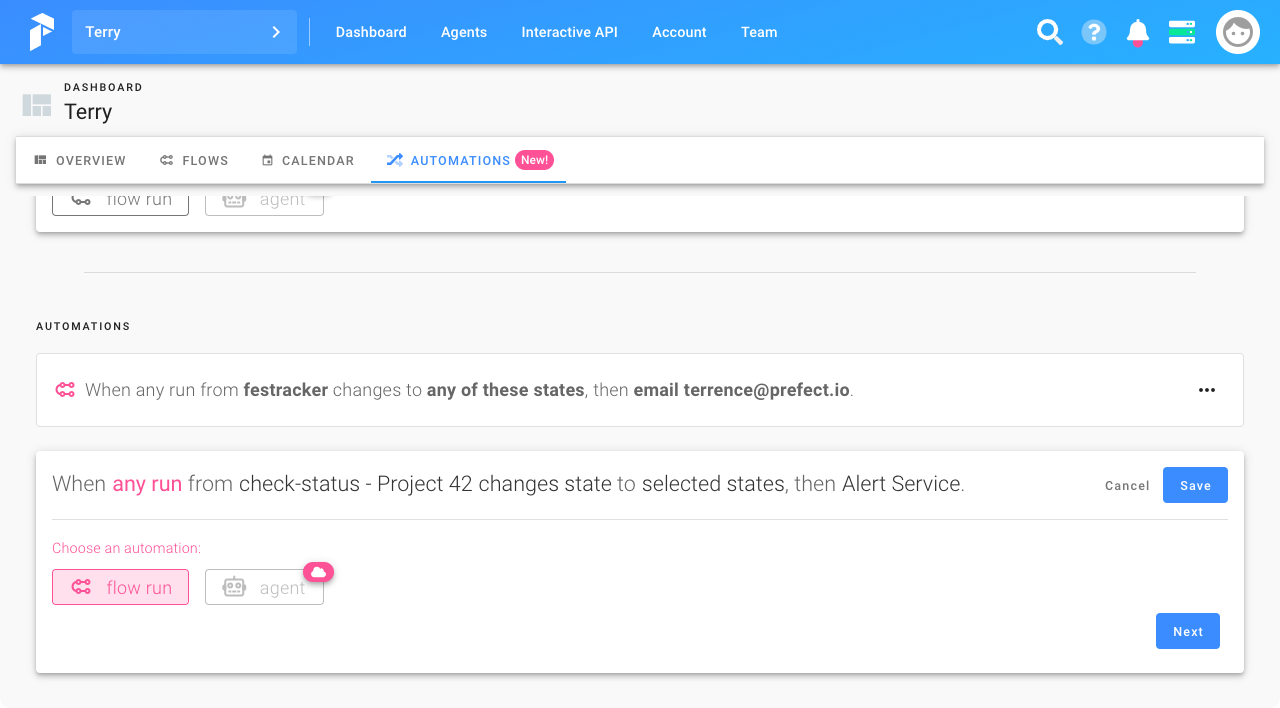 An action is a response to an event. For each automation you can configure an automation action to happen when certain event conditions are met.

Create an action through the Choose an action step of creating new automations as described above. 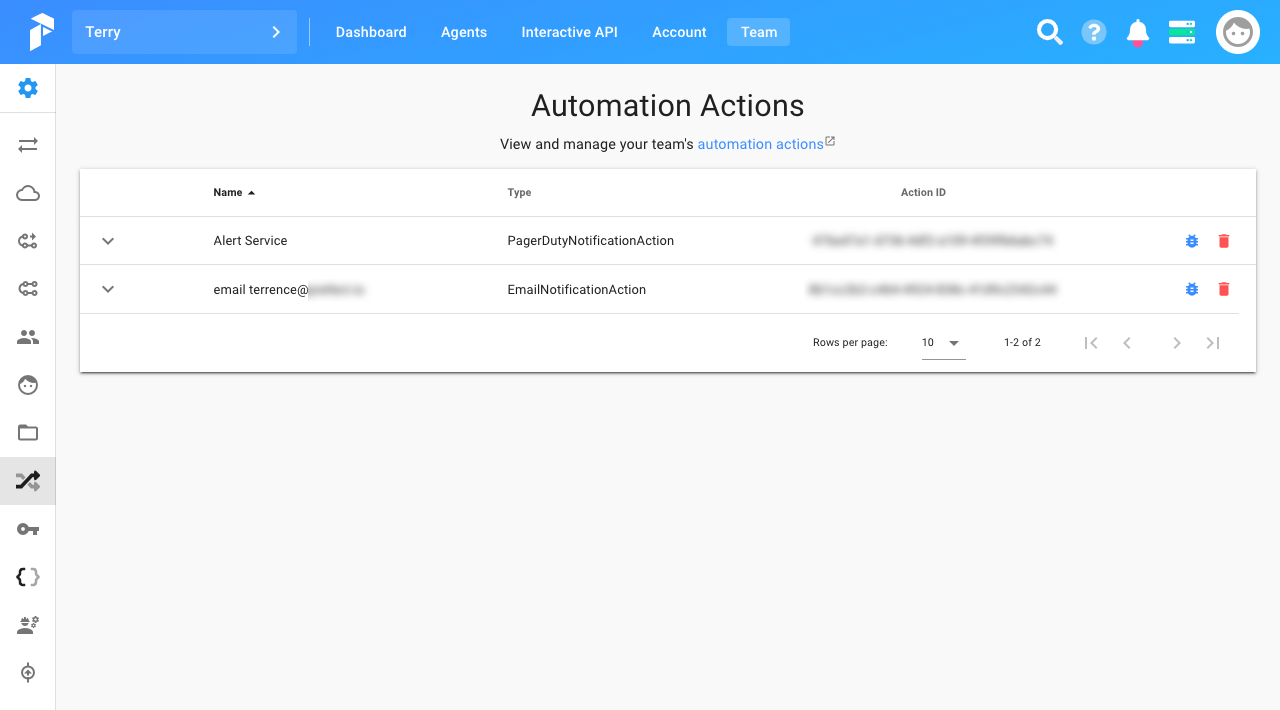